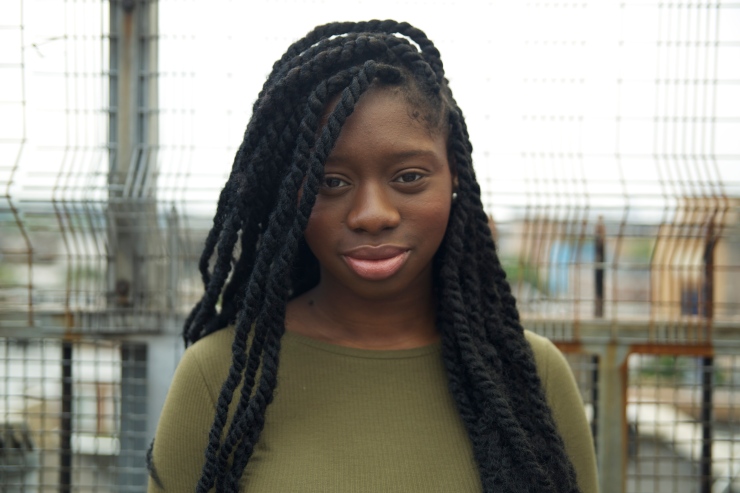 Tobi utters these words with a detectable sadness in her voice. The thing that she’s referring to, the thing into which she has poured her everything — quite literally — is her beloved creation, Black Ballad.

In the belief that women’s lifestyle magazines of today had failed to sufficiently cater for herself and her peers, Tobi Oredein had the idea to produce an online platform that would become a staple for the black female millennial. “I didn’t like the content that was out there.” Tobi says bluntly. “It wasn’t speaking to me and I was speaking to a lot of black women. None of them were happy with what they were getting in mainstream, but they weren’t happy with what they were seeing in black magazines.”

After spotting a profound gap in the market, it was her desire to provide an exceptional online publication for black women which drove Tobi to take the plunge and start up Black Ballad. The final hurdle was getting her boyfriend on board and once she succeeded,  the publication was born within the space of eight months. 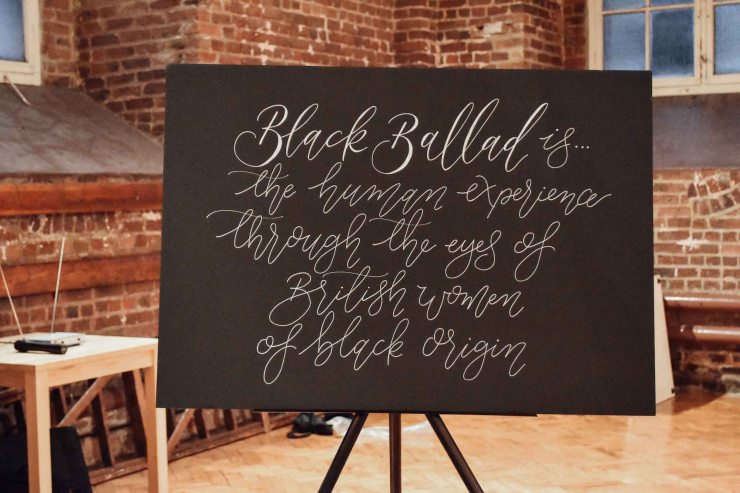 Where it all began

“I always wanted to be a journalist,” the 27-year-old says fondly. With a particular interest in all things race-related, Tobi undertook an American Studies degree at King’s College London. After graduating and a month-long road trip, Tobi, with her fresh new degree in hand, took up her first full-time job as an entertainment journalist. However, it soon became clear that it wasn’t all it’d cracked up to be. “I was living the dream — and I realised that I didn’t love the job like I thought I would,” she says.

“The media industry is so incestuous. It’s all about who you know, not what you know or how talented you are.”

After her job contract ended, Tobi began freelancing, still within the entertainment sector.  “I used to go to all these parties and get quotes and I absolutely hated it. I don’t drink and I didn’t enjoy it, I hated the idea of gossip.” It became very clear that her chosen journalistic field wasn’t where Tobi felt she wanted or needed to be. She spent a year applying for permanent positions in other areas of journalism, but with little success. “The media industry is so incestuous. It’s all about who you know, not what you know or how talented you are.” Her last job rejection proved to be the final straw. Deciding that starting up her own venture was the way forward, it was full steam ahead for Black Ballad.

Tobi recently made a passion-filled video where she spoke about black women recieving less attention in magazines than the common avocado. The clip presented itself as a stark reminder of the tricky journey ahead before we see concrete change in how black women are represented in the media — and beyond too. “Rarely are we allowed into positions of power. Ethnic minorities face so many barriers to get to the top and there are so many obstacles,” Tobi expresses.

Within the Black Ballad platform, there has been a lot of racism and bashing of the brand’s cause. Despite this not being new or unexpected, internet trolls have highlighted that this kind of negativity is ever-present.

One woman’s comments on the site did, however, come as a surprise. She expressed that Black Ballad wasn’t a cause worth fighting — a statement of particular significance not because of what was said, but because the individual communicating this was black. “The woman essentially said that the platform wasn’t serious journalism,” Tobi explains — an interesting stance to adopt when one of Black Ballad’s writers has just won an award for her articles on immigration and mental health. “She clearly hasn’t read the site,” Tobi concludes confidently.

Black Ballad has now been running for two years and a number of great opportunities have sprung up as a result. However, what people don’t see are the incredible efforts put in behind the scenes. There’s the hard graft from not only Tobi, but her incredibly talented team who work for free, the money that has come from her personal pocket to pay for various costs and the crazy hours sown into building a reputable brand. “I’ve poured my savings into Black Ballad, we could probably have a deposit for a house by now,” Tobi shared.

At current, Black Ballad offers free content. However, Tobi recently made the decision to start a crowdfunding project and turn the publication into a membership centred platform. “A lot of people have questioned it”, Tobi says, “but people just don’t understand that the journalism industry is changing. Nobody knows how to make money in the industry because of how technology has changed it.”

Another momentous obstacle for Black Ballad takes the form of the giant that is advertising. With black people only making up 3% of the population in the UK, advertisers have chosen to overlook the publication, focusing instead on the need for big numbers. “We won’t get advertising contracts because they don’t reach tens of millions of women like the mainstream magazines do,” Tobi feels. She experienced real frustration when a more widely circulated magazine was given an advertising deal over Black Ballad. The publication included a poor number of articles about darker skin tones — and the advertisers concluded that this was enough. “How do we make money? Investors don’t want us,” was Tobi’s response to this.

With the introduction of membership, Tobi wants Black Ballad to be as profitable for the reader as it is the brand. The website has teamed up with a number of black owned businesses to give members great discounts and bring the work of black entrepreneurs to the fore.

With just over two weeks to go until the crowdfund closes, time is very much of the essence. The future of Black Ballad is hanging in the balance, but Tobi is hoping that it’s run hasn’t come to an end.

Optimistic that Black Ballad will survive this period of uncertainty, Tobi has big big plans for its future market domination. “I hope it becomes the go to media home for black British women. I want black women to know that when they come to us, they get honest, real journalism that inspires, empowers and informs them about what’s going on.” Tobi also stresses the importance of Black Ballad creating opportunities for women to meet and connect offline too.

Aside from some of the more overt reasons, Tobi’s most cherished motive for Black Ballad is something she’s never shared before. This ultimately got her partner to jump on board with her vision.

“I don’t want my daughter to see and feel how I felt growing up. She will go through things and she will see certain things, but if there was no where she could run to, media wise, I don’t think I could live with myself.”

These sentiments are held by many Black Ballad readers too. The brand recently held a competition where women could share why they needed the publication, with premium membership offered as the top prize. The winner posted a picture of her and her daughter at an art exhibition standing in front of a stunning painting. Her entry read:

“I need Black Ballad because I need my daughter to know that she’s beautiful.”

To take part in Black Ballad’s crowdfunding project and sign up to become a member, click here

Under the Skin project

Under the Skin project